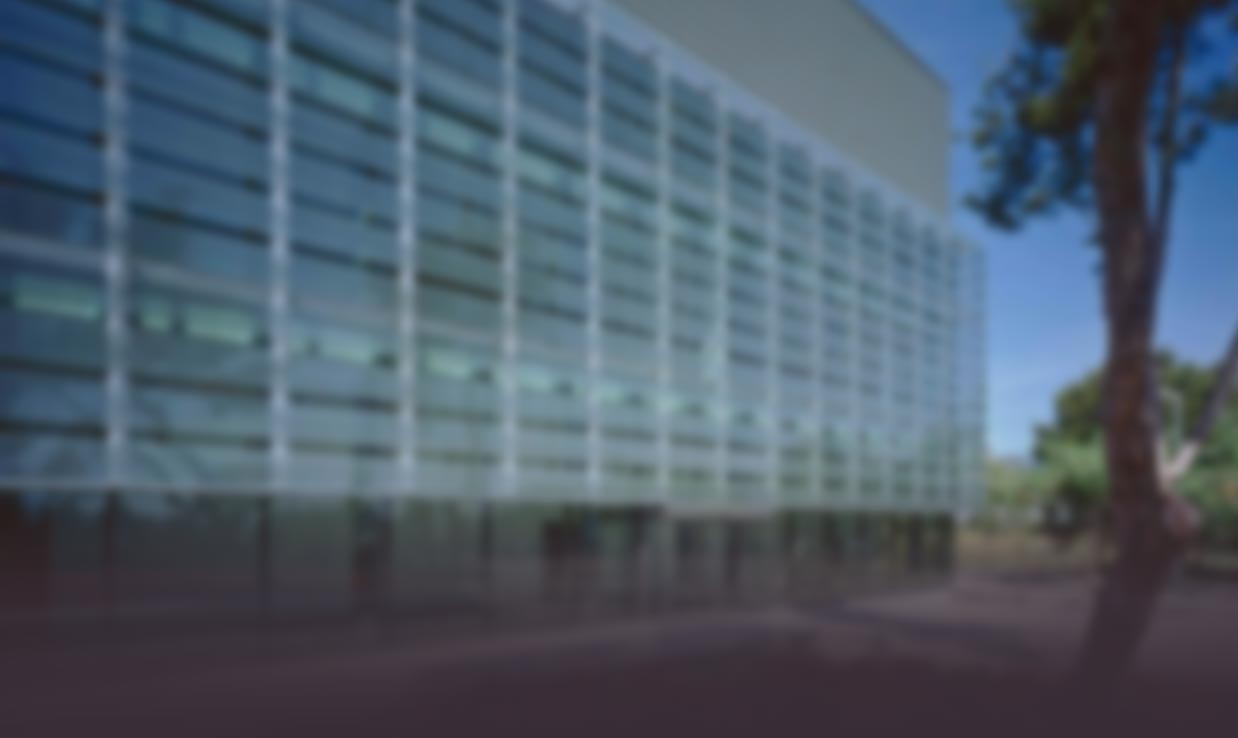 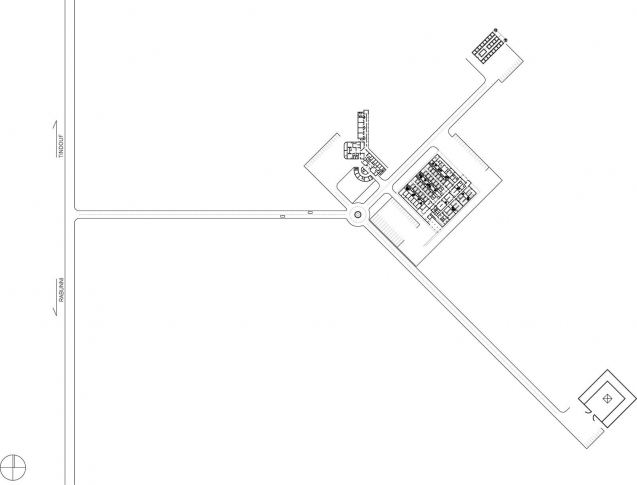 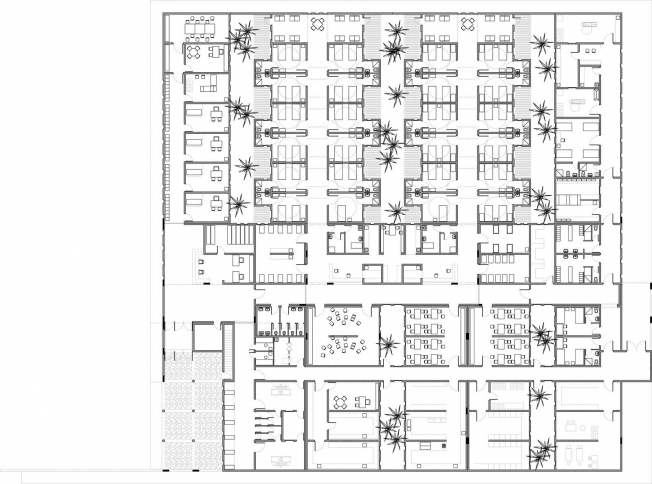 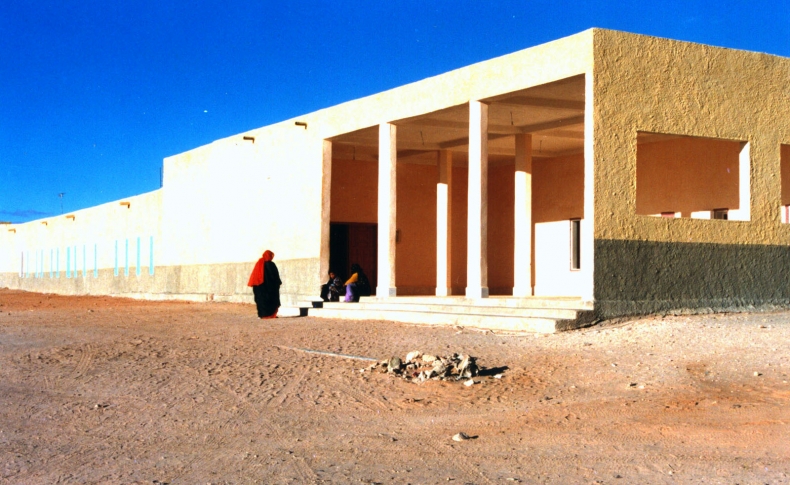 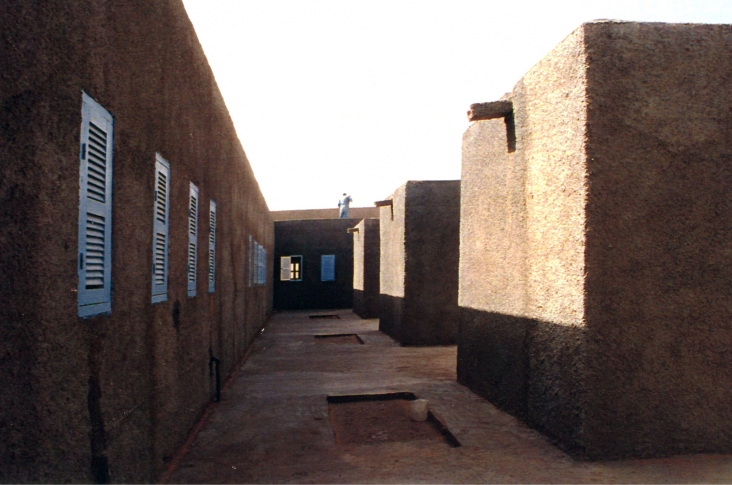 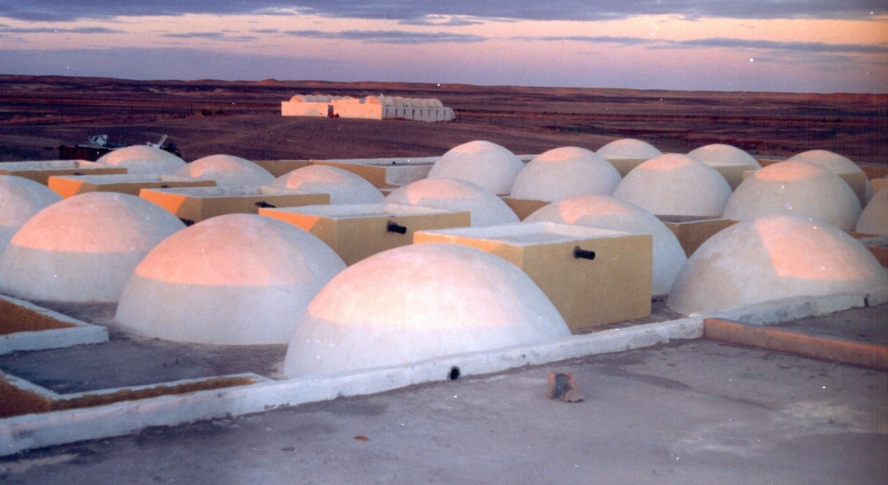 This mother and child hospital equipment, Dar èl Shefaa Cataluña, has been promoted by the Ministry of Health of the Sahrawi Arab Democratic Republic with the collaboration and support of a part of the Principality of local administrations. Its purpose is ambulatory and hospital care in the specialties of pediatrics and gynecology for the Saharawi people in the community who for 25 years has been engaged in a process of political and territorial reunification with their homelands in the Western Sahara. Today however, occupy refugee camps in some areas near the city of Tindouf (Algeria) and the border with Morocco.

The center is structured along the lines of the traditional architecture of the place. A square envelope structure and sequence of courtyards edificatory bodies that organize all protected areas and outside agencies due to the radical climatology. In the rooms a domed space ceramics, provides maintenance of internal microclimate.